The RevenueHits network continues to be painted by many websites as the best alternative to Google Adsense. In a couple of previous posts I described the results of the first test with this advertisment circuit and I performed an analysis on the type of traffic, in terms of geographical origin, more profitable. In today’s article I want instead to illustrate the results of a direct comparison “in the field” between the two networks, Adsense and RevenueHits, performed in January 2016.
The first step was to decide how many ads and of which type, for each of the two circuits, to insert in the blog pages. After doing a little practice, I found a configuration that seemed acceptable and, essentially, the terms in which the analysis took place were as follows:

The results obtained in an one month observation interval have been the following: 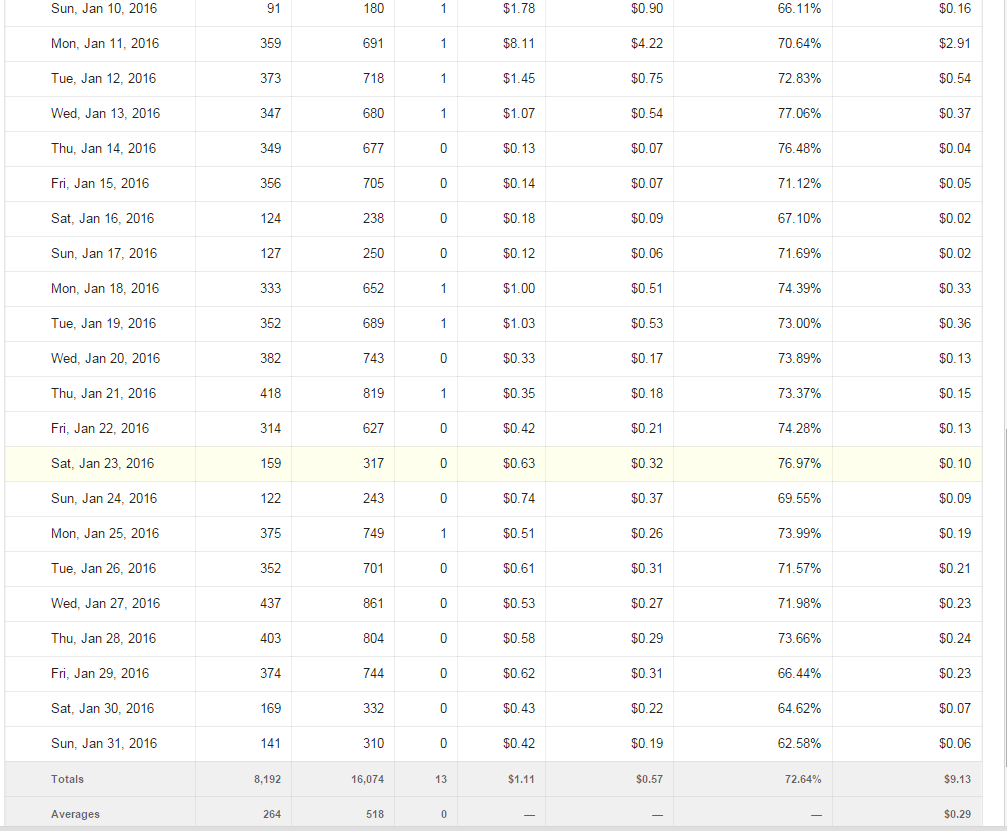 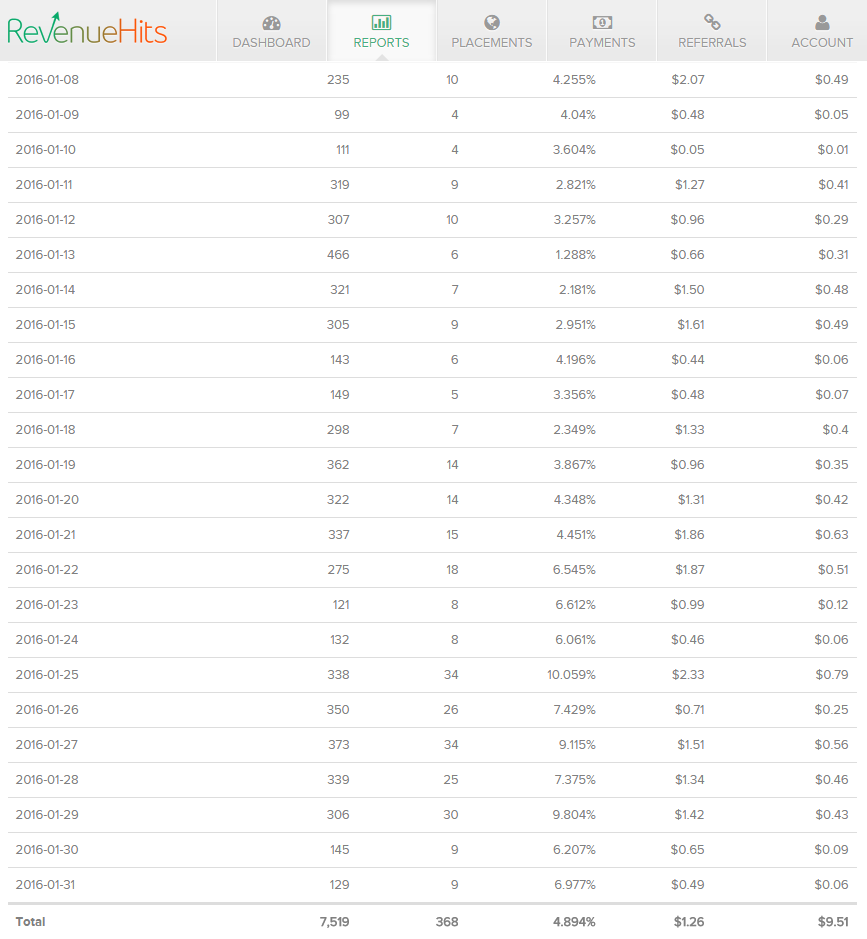 Looking at the pure and simple data we note that RevenueHits generated more revenue than Adsense.

But we need to go deeper and make a consideration about the types of ads.
After several tests with the types of ads provided by RevenueHits, I came to the conclusion that “Shadow Box” is the most profitable. But this does not come for free, but it depends on whether it is a type of announcement very invasive; it is in fact a banner in foreground, placed on a layers in transparency that covers the entire page, and that on every click it opens a new browser window with an advertising site.
Those from Adsense instead were normal banners “embedded” in the page layout also defined with a personalized “text & style” with the colors of the website which made them even more “amalgamated” in case of text-only ads.

Also geographical origin of the traffic directed to the site affects a lot on the revenue generated by the two different networks. With RevenueHits, for example, $8.03 of $9.51 have been generated by traffic coming from the United States with the second country, Canada, which contributed with just 42 cents and the others, starting from the third, that have contributed in an insignificant way. With Google Adsense instead revenues were generated in a more distributed way by several countries with the US, even here in the lead, who have brought “only” $3.88 of the $9.13 but with Sweden second that provides $1.10 and with other 3 countries above the 50 cents each.

This, in essence, is the result of the direct comparison between Adsense and RevenueHits made over a period of a month. Here everything is summarized in a list of PRO and CONS for each network:

2 thoughts on “RevenueHits VS Google Adsense: who pays more? A comparison on the field in January 2016”