In Python, like in almost all languages, comments can be of two types: on a single line or distributed across multiple lines. A single line comment is inserted with the symbol ‘#‘ while a multiline comment begins and ends with the sequence ‘ “””‘ (triple quotes). 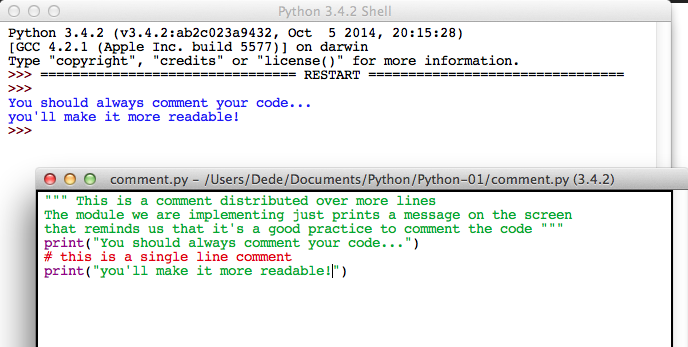 The thing that differentiates Python from all the other high-level languages is the fact that it uses the ‘indentation to identify logical blocks of code to execute. For example, in a classic if-else statement, the blocks of code to be executed for each of the two branches depending on the validity of the condition, which in the other languages are typically identified by grouping the instructions within a pair of braces {}, in Python are identified simply by using the code indentation. 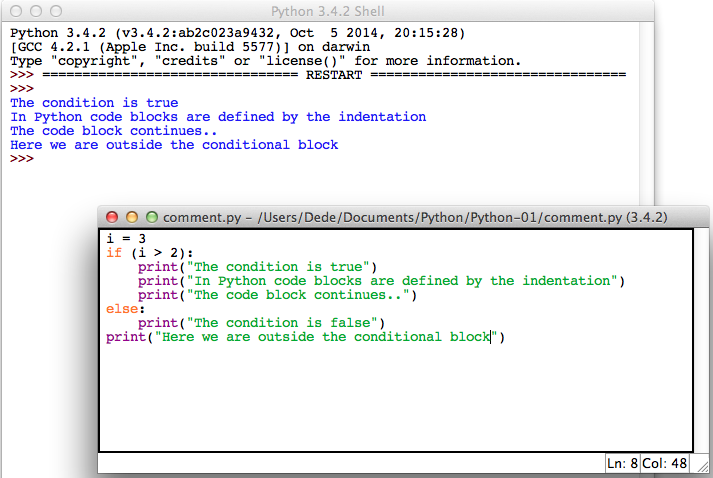 In the image above, in addition to the definition of the blocks by the indentation, we can see other two things:
– The definition of an integer variable ‘i’
– The use of the symbol ‘:’ (colon) in the if-else constructs

Variables in Python do not need to be declared and do not require their type to be explicitly defined. The assignment of a value to a variable name is the actual declaration and initialization of the variable that is then ready to use.
In the following figure we create and then print the value of three variables, an integer, a string and a floating point number, without explicitly stating their type:

The restrictions on the variables names in Python are similar to those of almost all other languages, namely:

– They can only begin with a letter or with the ‘_’ (underscore) character
– They can contain letters, numbers and underscore
– “Keywords“, so the reserved words of the language, cannot be used

The following image shows the definition of a function and its invocation with the necessary parameters. 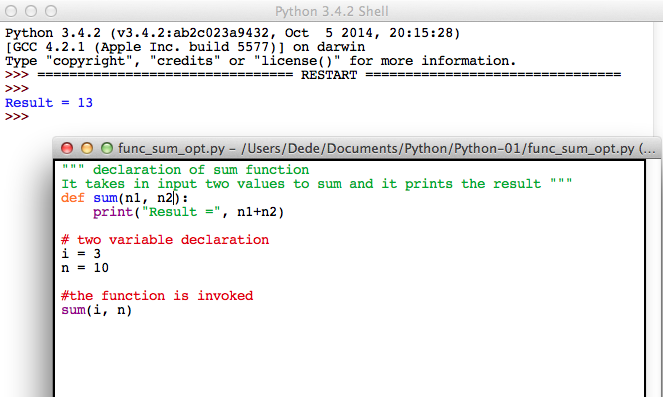 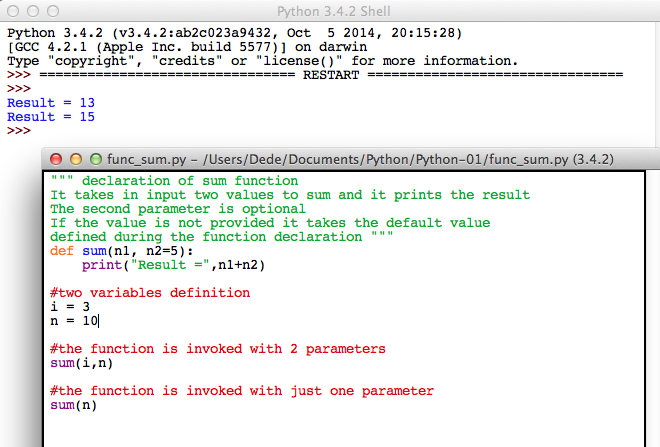 In this case the function sum print directly the result but does not return any value to the caller. It also possible to define functions that return a value. In the function definition does not change anything, in the sense that it is not necessary to specify that the function returns a value of some kind. It’s enough to make the function returning the desired value using the return statement, followed by the value to be returned.
We can modify the “sum” function so that, instead of directly print the result, it returns the value of the sum which will then be printed from the main program: 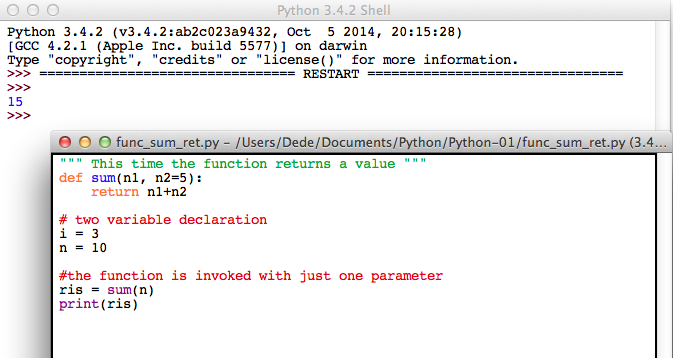